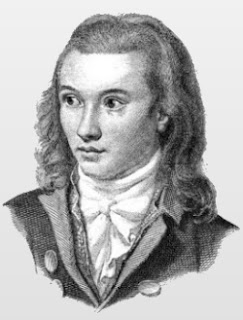 19 June 2012 6 Replies
The excellent piece on Novalis in this week’s TLS quoted a bit of his brilliant Monolog, and it’s short enough I figured I’d just post the whole thing here:


Speaking and writing is a crazy state of affairs really; true conversation is just a game with words. It is amazing, the absurd error people make of imagining they are speaking for the sake of things; no one knows the essential thing about language, that it is concerned only with itself. That is why it is such a marvellous and fruitful mystery – for if someone merely speaks for the sake of speaking, he utters the most splendid, original truths. But if he wants to talk about something deﬁnite, the whims of language make him say the most ridiculous false stuff. Hence the hatred that so many serious people have for language. They notice its waywardness, but they do not notice that the babbling they scorn is the inﬁnitely serious side of language. If it were only possible to make people understand that it is the same with language as it is with mathematical formulae – they constitute a world in itself – their play is self-sufﬁcient, they express nothing but their own marvellous nature, and this is the very reason why they are so expressive, why they are the mirror to the strange play of relationships among things. Only their freedom makes them members of nature, only in their free movements does the world-soul express itself and make of them a delicate measure and a ground-plan of things. And so it is with language – the man who has a ﬁne feeling for its tempo, its ﬁngering, its musical spirit, who can hear with his inward ear the ﬁne effects of its inner nature and raises his voice or hand accordingly, he shall surely be a prophet; on the other hand the man who knows how to write truths like this, but lacks a feeling and an ear for language, will ﬁnd language making a game of him, and will become a mockery to men, as Cassandra was to the Trojans. And though I believe that with these words I have delineated the nature and ofﬁce of poetry as clearly as I can, all the same I know that no one can understand it, and what I have said is quite foolish because I wanted to say it, and that is no way for poetry to come about. But what if I were compelled to speak? What if this urge to speak were the mark of the inspiration of language, the working of language within me? And my will only wanted to do what I had to do? Could this in the end, without my knowing or believing, be poetry? Could it make a mystery comprehensible to language? If so, would I be a writer by vocation, for after all, a writer is only someone inspired by language?
Novalis, “Monologue” (1798), tr. Joyce Crick

This, together with Kleist’s “On the Gradual Production of Thoughts Whilst Speaking”, make the deconstructionists seem rather late to their own game. The artistic complement to Novalis here is Paul Klee, whose drawings inspired by The Novices of Sais capture some of what Novalis is saying. This one is called “Demony”: MONOLOGUE
Novalis,
Friedrich von Hardenberg.
From The Philosophical and Theoretical Works, pp. 438-439.
Read in German
Matters concerning speech and writing are genuinely strange; proper conversation is a mere play of words. We can only marvel at the laughable error people make--believing that they speak about things. No one knows precisely what is peculiar to language, that it concerns itself merely with itself. For that reason, it is a wonderful and fertile mystery--that when someone speaks merely in order to speak, one precisely then expresses the most splendid and most original truths. Yet if one wishes to speak of something determinate, then temperamental language has them say the most laughable and perverse things. That is the reason too for the hatred that so many earnest people have toward language. They recognize their own willfulness, but do not observe that contemptible chatter is the infinitely earnest side of language. If only one could make people grasp that the case of language is similar to the case of mathematical formulae--they constitute a world for themselves-- they play with themselves alone, express nothing other than their wonderful nature, and precisely for that reason they are so expressive--precisely for that reason they mirror in themselves the curious play of relations in things. Only by way of freedom are they members of nature and only in their free movements does the world soul give utterance, making them a delicate standard of measure and blueprint for things. Thus it is with language too--whoever has a subtle sense of its application, its cadence, its musical spirit, whoever perceives in oneself the delicate effects of its inner nature, and moves one’s tongue and hand in accordance with it will be a prophet; in contrast, whoever knows it but does not have sufficient ear and sensibility for language, writes truths such as these, will be held hostage by language itself and will be mocked by human beings, as was Cassandra among the Trojans. If I believe I have hereby declared most precisely the essence and office of poesy, I know nonetheless that no human being can understand it, and that I have said something quite foolish, for the mere reason that I wanted to say it, so that no poesy comes to be. Yet what would happen if I had to talk? and if this linguistic drive to speak were the characteristic of inspiration of language, and of the efficacy of language in me? and if my will only willed precisely everything that I had to will--then in the end this could be without my knowledge or belief poesy and could make a mystery of language comprehensible? and thus I would be a writer by vocation, inasmuch as a writer is only an enthusiast of language?-- Hyacinth and Rosebud: Treading a Path to a Parable by Novalis via Thalmann’s Literary Sign Language of German Romanticism 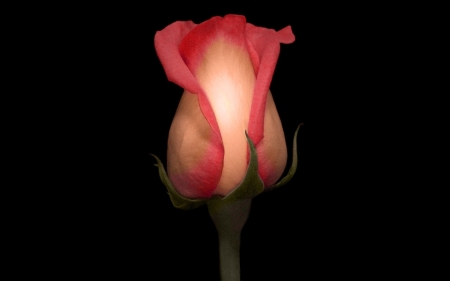 NOTE TO READERS OF THIS BLOG: I disassociate myself from, and repudiate, any adverts you may see with my blog posts. I don’t see why I should pay $99 a year for the privilege of having the ‘ad-free upgrade’, so please ignore the corporate rubbish…
Posted in Uncategorized | Tagged Finnegans Wake, George MacDonald, Isis, Novalis