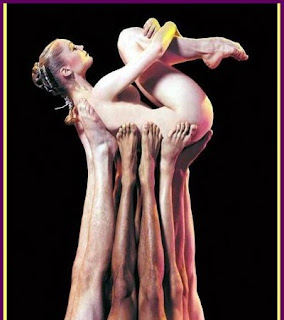 Carl Orff in his Time By Hans Maier
Speech on the occasion of Carl Orff's 100th birthday
Munich, Prinzregententheater, 7 July 1995
Carl Orff's hundredth birthday had hardly begun to approach than there erupted fierce arguments about the composer. They were concerned less with his work than with his life, and particularly with his behaviour during the Third Reich and in the years immediately after the war. New investigations into Orff's life and work, to which the Orff Centre in Munich rendered an outstanding service, went round the world in crassly-expressed news flashes that raised some (false) points. This triggered off confusion and consternation: Was Orff a Nazi? Was Orff a liar - someone who, like a Bavarian Astutulus, had cunningly led the occupying authorities by the nose? This was grist to their mill for those who had always known, like Gerald Abraham, who had always maintained that there were suspicious elements in the German's work, that "rhythmically hypnotic, totally diatonic neo-primitivism" that allows itself to be so easily connected with the stamping columns of the Third Reich. And promptly on the 28th January of this year, London Weekend Television, in a polemic disguised as "Documentation" presented SS-troops marching to Orff's music and showed pictures of dead bodies in concentration camps.
O Fortuna velut luna! Carl Orff has often been portrayed and also misrepresented in his long life, though hardly ever with such malicious over-simplification as in this year of celebration and jubilation. There has never been any lack of distorted pictures, of mischievous personal descriptions of such multiform and protean characters. Already in the time of the Weimar Republic, Orff was suspiciously regarded by the conservatives as an anti-traditionalist and a taboo-breaker, largely because of the nature of his performances, but also as a music pedagogue: Alexander Berrsche spoke of Hottentot rhythm with regard to the Schulwerk. Opinions such as these lasted well into the time of the Nazis when his works were successful in spite of all opposition, but also had to survive some highly officious forms of excommunication; in this connection Goebbels' music adviser, Heinz Drewes, described Carmina Burana without hesitation as Bavarian Niggermusic. After the war Orff really fell between two stools; for those who belonged to the aesthetic of music attached to the Viennese School he was considered for several decades - as was his contemporary Paul Hindemith - to be a non-person. In the seventies the taboos relaxed somewhat. Orff's name surfaced again in musicological seminars and in the company of critics. The theoretical boycott had hardly harmed his works. They had remained young through being performed. In today's descriptions of music history there are frequent conciliatory attempts to attach the label "populism" to Orff - in reference books he appears as the director of a musical folkpark, in which people like Prokofiev and Gershwin go in and out, where children eagerly practise on xylophones, where open-air performances for huge audiences take place and where the fence between serious and light music is lower than it is elsewhere. It remains open to conjecture if that is his definitive place.
A hundred years of Orff, a hundred years of judgements and prejudices. My short lecture cannot give voice to all the stupid and wise, accurate and inaccurate, intelligently witty and plainly nonsensical statements that have been made about Orff. But thirty minutes will serve at least to place Orff in his time and to make his life and work understandable in reference to his environment. Let us try then; it is partly political, partly the music history of our time, and even partly an appreciative history of his work, the time that divides us from him being so short.


*
When Carl Orff began to experiment and to compose before the First World War, the language of late romanticism was prevalent in song, in chamber music and in music for the stage - in all the genres in which the young musician tried his hand. Refinement was trumps. The tonal system was extended and stretched without being broken. The ear was gripped and tickled by a subtle and appealing harmony. Extramusical objects left their mark: Oriental pictures, hanging gardens, the sensuous magic of exotic landscapes, flowers and animals. A select, precious, aristocratic world stood opposite the real ugliness of the cities, factories and machines. The musical echo of these contrasting creations ranged from Debussy to Strauss, from Pfitzner to the young Schönberg.
This late romantic world collapsed in the First World War. Strictly speaking its demise started earlier; the catastrophe only made the occurrence clearly visible and audible. In poetry, music and art there was a whirl of new experiments, new starting points and beginnings. Above all the musical cards were reshuffled. Much was clarified and simplified. In the course of time Orff's compositions also became simpler, more elemental; the linear became more prominent, rhythm, at first barely significant adapted itself to the word; dissonances, but not the kind appearing to require resolution, "Personanzklänge" as they were later called, started the replacement of functional harmony.
Hans Joachim Moser, Werner Thomas, Wilhelm Keller and Horst Leuchtmann have analysed the elements of this new tonal language: the monotony, the repetition, a consciously barren tonal landscape, a musical principle of economy, ostinato techniques, the restriction of melody and others besides. The music brings about the most concise expression, the narrowest enveloping of the words. It releases and gathers its rhythmic and musical energies. Once the musical formula is found, as Orff says, it remains the same for each repetition. The conciseness of the verbal expression makes the repetition and its effect possible. Listening to Orff's music with today's ears, with the ears of the nineties, some of it sounds like an early foretaste of something like Techno; and parallels to Rock, to Klang-art cannot be ignored. The uncovering of musical energies in pulsing, almost toneless rhythm, in stamping, thundering and drumming seems in no way to have exhausted all its possibilities. Carl Orff may be considered as one of the forerunners of those placing such a concentration on the value of rhythmic movement in music. Melodies become sequences of notes. The flow of speech is stemmed, breaks up in pieces till only sounds, crackles and hisses remain. Of course a possible surplus of monotony in Orff's music dramas is carefully balanced through new forms of recitativo secco and arioso, through melody that is freely modal and through orchestral primary colours produced by an orchestra that, in contrast to that of the classic-romantic period, consists of xylophones, percussion, double basses, woodwind and brass.
This is no longer traditional music. In the music dramas of his mature years, as spacious as they are concentrated, Orff distances himself ever more decisively than before from the dominant music schools of thought of the twentieth century. His way is different from the musical constructivism of the Viennese School - but he also leaves the great stimulus and source of his youth, Igor Stravinsky, somewhat far behind him. In a certain sense, in turning away from opera and turning towards drama, he is continuing the work of Richard Wagner - except that he supports the words much more radically than the master of Bayreuth, and in contrast to him avoids using the symphonic commentary of an orchestra opposite the singing and reciting human voice. In the end, practically all that remains is the language, Greek or Latin, old Bavarian or old French, and it is both inexhaustible and at the same time the hidden source and storehouse of all tonal and rhythmic energy. "There would be no sound, where the word is lacking" - One could thus adapt Stefan George's verse in relation to Orff.
Orff's music, his mousike - I use the Greek expression purposely - offers less to the ear than traditional opera. But on the other hand it includes all the senses; for it is not only tone but also dance, not only sound but also play, not only song but also scene, theatre - it is music in the sense of an art that unifies and embraces all the other arts, as the Greeks first conceived it.
The idea of such a music, one that is constantly renewing itself through its language forms, is perhaps the boldest idea that the musician Carl Orff has left to posterity. It reaches far beyond his own work and its future historical evaluation. Therein lies its significance for the future. In a world that grows ever closer its separate individualities are maintained through their languages. Out of all languages, every single one - this is Orff's idea - music can be made. Such a music would no longer be an artificial creation of its own, removed from the visual and language arts, it would remain closely connected with the cultural archetypes of mankind, their languages and speakers. And it would thus to some extent be both universal and indi-vidual, both archaic and modern: a foretaste of the new music of one world.


Translated by Margaret Murray
Hans Maier, University Professor, born 18 June 1931 in Freiburg im Breisgau. Studied in Freiburg, Munich and Paris. From 1962 Professor for Political Science at the University of Munich; 1970-1986 Bavarian State Minister for Education and Culture; since 1988 full Professor for Christian Weltanschauung, Religious and Cultural Theory at the University of Munich. Several publications about constitutional and administrative history, state church politics, and the history of the Christian political parties.

Orff's Musical and Moral Failings
By RICHARD TARUSKIN NYT May 6, 2001
http://query.nytimes.com/search/query?query=orff&date=full
Was Carl Orff a Nazi?