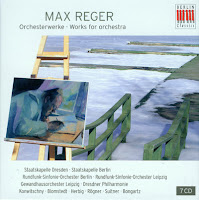 Watkins, Vernon - The Childhood of Hölderlin


'Only one Summer grant, you Powerful Ones,
And one Autumn to my full-ripened song,
That my heart willingly by the tender
Harp-strings be satisfied; let me die, then.
The soul to which its godlike right when alive
Came not, down in Orcus shall find no rest;
But once the holy one that against
My heart ties close, the poem, is uttered,
Welcome, then, O peace of the world of Shades!
Content am I, even if the play of strings
Has not down-guided my footsteps; once
Lived I as gods live, and more I crave not.'
'To the Fates' ---Hölderlin

1   Surely the racing foal has discerned through darkness
2   The light out of which man came, and the violet-root


3   Has sucked the fountain over which Dante bent
4   And found the river of light. Yet dust is dust.
5   Who could rebuild from this the childhood of Hölderlin?

6   Who dare look twice, who dare look once, into heaven?
7   He looked, his eyes upheld, and the aether loved him.
8   In that pure instant he knew the workings of nature.
9   He had found stillness, the calm of beautiful bodies.
10   When he looked down, his eyes were blinded to shadows.

11   Refusing change, he fashioned the shafts of the Odes,
12   A quiver of joy. Where faith from the single eye
13   Travelled, the light was immortally true; yet he
14   Suffered. A wound was in the nature of man.
15   He grieved, while Spring restored green life to the tree.

16   He thought of that ancient error, returning home.
17   Sophocles' music changed him; the chorus-endings
18   Pierced his marrow: joy had a tragic base.
19   Nothing but grief could match the joy in his heart.
20   The wound of love was his, the unhealing wound.

21   In tragic suffering he touched the heart of the god.
22   Pindar taught him majesty, Sophocles, beauty.
23   Under creation moved the myth of Empedocles.
24   Harmonious nature differed from exiled man.
25   Yet man knew God: for him the universe mourned.

1   He came, like love, to beseeching strings. Before birth
2   He had experienced death. He sang in the cradle.
3   He knew the tenderest fire in eyes declined
4   Where his mother leaned. Then, racing out in the fields,
5   True friends he found: the mountains were his companions.
6   At dusk the rivers returned to the edge of the eyes.
7   He touched the stars, the wind, the crowns of the reeds.

8   If he lingered late, he felt the sigh of the dew
9   Like souls found late upon Lethe. In purest darkness
10   His eyes shone with tears. He thought of the underworld.
11   He grew in stature. He felt the arms of the gods
12   About him. When people spoke, he remained confused.
13   If he touched a bud, he knew the secrets of nature.
14   The Rhine, the demi-god, thundered, a Titan in chains.

15   At evening he would return by a wooded path
16   To his mother's house where myths of the Greeks were stored.
17   His eyes marvelled, reading the deeds of heroes.
18   At night, when his book was closed, the curtain stirred,
19   Pure gold in the rising moon; and he saw the valleys
20   Transformed with unearthly light. He acclaimed his kindred.
21   Quite still, he smiled, caught up to the plains of heaven.

22   'Holy dawn, the man who is not a hero
23   Does not see you; therefore you are not honoured,
24   Beautiful sun-god; therefore your lyre is silent,
25   Except where pious peoples watch you ascend.
26   You are too still for the eyes of men; your music
27   Rises solemn, not knowing trouble or care,
28   In perfect praise, much brighter than any dream.

29   I have known and loved you, Aether, better than men.
30   Late, when moonlight bathed the enchanted fields,
31   When the last notes of the sun-youth's lyre had faded
32   Leaving the listening mountains lost in music,
33   I have seen them walk, in airs of the gods, those genii,
34   Patient as stars. My tongue is the tomb of angels.
35   My words are silence. Orpheus plays to the Shades.'

1   Once he saw the two halves of life in a lake,
2   Swans on the lake, and above it, falling blossoms
3   Touching the surface dividing youth from age.
4   Then, where they dipped through the surface, all was shadow.
5   Had he seen the future, by walls of Winter entombed,

6   Discoursing, when Waiblinger saw him, of Zimmer's kindness,
7   A mask of deference hiding the features of youth
8   Of one the world had rejected? Who could have heard,
9   In that breath of suspended magic, the weather-vane clatter
10   Of the castle to which he was doomed?

1   The pine moves. Like an instrument it responds
2   To the music of Earth. It drinks the life of the underworld.
3   The pine-cone falls, rolls, rain-sodden, at rest.
4   Under the rock thunders, remorseless, the waterfall,
5   And trampled, year upon year, by confused horses,
6   The violet-root secretes the breath of the century.

7   Poet of rivers and supernatural love,
8   His crime was tenderness. Goethe was reigning in Weimar,
9   Holding, majestic, his court, like a classical sun.
10   For Hölderlin Schiller surpassed him, the last of the Hellenes,
11   An unapproachable star. Yet neither accepted
12   Their eccentric visitor, pledged to a loftier myth.

13   Acclaiming creation hung on the word of God,
14   His was the hardest task, his lot to be spurned;
15   And yet his fragments outshine their accomplished works.
16   The living universe moves in the final hymns.
17   The measure, there, is the deepest measure of thought,
18   Sprung from the purest love, for love is the measure.

19   'The beginning of riches is truly', he said, 'in the sea',
20   Springing from dissolution, the dazzling one
21   Casting up shells, out of its boisterous movement
22   Casting up Greece, the light of perfect meanings,
23   The shape of perfect statues, that are still:
24   How soon the tumultuous waters make all nothing.

25   Terrible destinies sleep in the shadow of calm.
26   The prophets of order suffer on harmony's wheel
27   The tension between their vision and that which exists.
28   Involved in the sun, the language of petals and leaves
29   His mother tongue, he saw, as one blind, by miracle
30   Given true sight, divinity's earth-born day.

31   And late, remembering the mountains and the Dordogne,
32   His eyes fixed in thought on the tumbling river,

1   He saw Dionysus clear from the forge of Vulcan,
2   Birthplace of wonders, flash of the deathless moment.
3   For who could train down with such grace the intuitive lightning
4   To the thunderous chains of his cloud? The courses of rivers
5   Remained a compelling mystery; yet when he wrote
6   Of these, he no longer watched, he became the river.
7   So swift his thought, so close to the life he saw,
8   He knew the rose as the rose is known to herself,
9   Fell with the cataract's fall, or became that eagle
10   Of piercing sight, or learnt the time of the fig-tree,
11   Not by time, but by breast-feather and leaf.

1   But now it was late.
2   The sands were chill, no comfort in earth, and in air
3   The bird of night which hovered before his eyes
4   In premonition of exile, herald of fate,
5   Left him now, to return when the hour of death
6   Closed his lips on an incomprehensible prayer.
7   In the room where he passed his days his book lay open,
8   But the verses he made in age were formal and simple;
9   He scattered some on the stream from the tree of his tower,
10   Like leaves of acceptance, tranquil in thought and rhyme.
11   Long he lived there, a stranger to his own name,
12   Entranced with landscape, smiling over the Neckar,
13   Dying beyond his time.

1   If there could be
2   A second genesis of the first Adam,
3   His mind fixed on the all-creating God,
4   A child to the mother raised, his eyes remaining
5   Full of that first pure concord, light with light,
6   Adam redeemed, both Heaven and Earth at once
7   Mirrored in eyes, proportioning the limbs,
8   The mountains moving in their primal shape
9   In dew and worship, cities and their rivers
10   Moving in harmony with that first music,
11   Hölderlin's dream would live.
12   But now he speaks
13   In fragmentary language
14   Of castles built by the heavenly ones; man as demi-god,
15   And a world huger, torn in fragments, glory
16   Accessible only to faith, miraculous bridges,
17   Visions too great for man without the cadence
18   And broken utterance of our elected guide.

19   And still, through darkness, Nazareth, Capernaum;
20   The hymn to the Madonna;


21   Holy vibrations of unbounded joy
22   Still sounding from the deepest hour of man,
23   Grief keeping pace with joy.
24   Still, since the great wrong and the wrong redeemed,
25   To live would be to suffer, from that hour.

26   Because his song was pure false tongues are silent.
27   Through him the dead speak, and the quick are changed.